Blog - Latest News
You are here: Home1 / Blog Post2 / #RVABizLaw Tip of the Day: A Brief History of Franchising

The word “franchise” comes from a medieval French term “francis” which meant to grant rights or privileges to peasants. In the Middle Ages, a local lord would give others the right to hunt, hold markets and fairs, or engage in other activities on his land. These were the earliest franchise relationships and gradually evolved through the common law.

Modern franchising as we know it today was developed by German beer brewmeisters and the Singer Sewing Machine Company in the mid-1800s. Isaac Singer negotiated licensing fees from independent salesmen for the right to sell Singer Sewing Machines in a defined territory. By the Great Depression, franchising was starting to gain momentum with the beginnings of the A & W Root Beer and Dairy Queen franchise systems.

The golden age of franchising really started to take off in the years following World War II and has continued through today. There are several socioeconomic factors that help explain this growth, but that is beyond the scope of this outline. Suffice it to say that society’s increased mobility and desire for predictability and uniformity have fueled the explosive growth of franchising in the U. S.

#RVABizLaw Tip of the Day: Getting Free Copies of Franchise Disclosure Documents 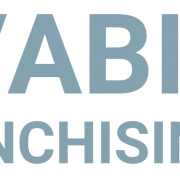 Do You Want to Franchise Your Business?

#RVABizLaw Tip of the Day: Watch Out for Fads When Exploring Franchise Opportunities

Questions to Answer Before Buying a Franchise

Are Franchisees Guaranteed the Right to Renew their Franchise Agreement?

Looking for a Legal Expert for Your Next Event?

A Quick Intro to Virginia LLCs
Scroll to top