Blog - Latest News
You are here: Home1 / Blog Post2 / Tennis Rules Excitement at the US Open

One of the great sporting events in America, the U.S. Open starts on Monday in New York.  Aside from the entertainment value of watching the world’s best tennis players compete for one of the most prestigious trophies in sports, you can also get a crash course on tennis rules by watching the on-court action and listening to the commentators.  Here are a few memorable examples of tennis rules and regulations taking center stage in big matches at the U.S. Open over the years:

LESSON TO LEARN:  Always know when your tournament match is scheduled and plan to arrive early.

LESSON TO LEARN:  Understand what is considered a foot fault.  Rule 18 of the ITF Rules of Tennis define a foot fault as follows:
During the service motion, the server shall not:

Also, players should understand that if an official or your opponent calls a foot fault on a server, there is really nothing the server can do to overturn the call, so he or she will be better off by staying calm and moving on with the match.

LESSON TO LEARN:  A player is required to acknowledge if a ball in play makes contact with the player’s body (including hair) or clothing, the opponent on the other side of the net does not get to make that call. 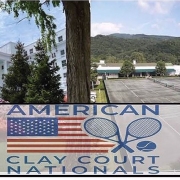 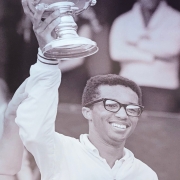 Perkins to Discuss the “Five-Finger Philosophy of Nonprofit Board Composition”

History Made in RVA on June 22, 2019 – Welcoming the New Arthur Ashe Boulevard