Blog - Latest News
You are here: Home1 / Blog Post2 / What is the Difference Between a Public Charity and a Private Foundati...

In the nonprofit community, the words “public charity” and “foundation” often are used interchangeably. However, there is an important legal distinction between the two types of tax-exempt organizations.   For starters, it is helpful to understand that every 501(c)(3) tax-exempt organization is classified by the IRS as either a “public charity” or a “private foundation.” This classification has important implications for the organization as it impacts the degree of tax-deductibility of contributions it receives and also determines which rules will regulate its ongoing operations. Here is a quick summary of how the two types of organizations differ from a compliance perspective.

Public charities typically operate programs that directly serve the public and are led by a board of directors that are representative of the communities they serve. There are three ways for an organization to qualify as a public charity:

The tests are not at all straightforward. They require complicated calculations using the “Support Schedules” included in Schedule A (IRS Form 990 or 990-EZ).  Consulting with an accountant who has experience working with nonprofit organizations is advisable.

If you are looking for assistance with nonprofit organization compliance, governance, and transactional matters, please reach out anytime!

Can a Nonprofit Organization Include Paid Staff as Voting Members of the Board of Directors? 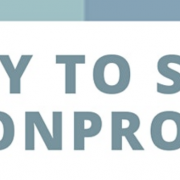 Perkins Law Signs on as Court Sponsor for 2022 Thalhimer Challenge at Westw...
Scroll to top